Rents beat forecast; up 8.5% in Canada since December, according to Rentals.ca data

Data from Rentals.ca shows affordability for low-income Canadians looking for a place to rent is worse than reported in mid-July by the Canadian Centre For Policy Alternatives (CCPA).

The August National Rent Report,  produced by Rentals.ca and Bullpen Research & Consulting, shows that a Canadian making $13 an hour would have to work 62 hours a week to afford the average lower-cost rental, maintaining the recommended 30% rent to income ratio. 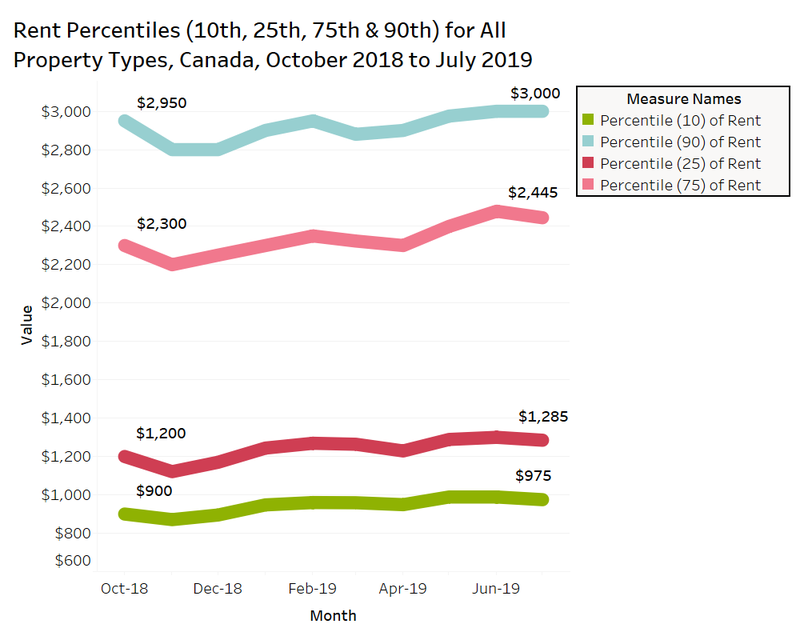 The CCPA’s “Unaccommodating – Rental Housing Wage in Canada” report uses data from the Canada Mortgage & Housing Corporation, which calculates rental rates on most all units, including those under rent control. The data from Rentals.ca comes from the asking price of landlords for vacant units.

The CCPA says about its report: “rent is almost always higher for unoccupied apartments.”

Rentals.ca data from October 2018 to July confirms this is true not only for unoccupied apartments, but also for all other vacant rental types.

The rapid rise in rental rates over the last 18 months, brought on by increased immigration, solid job growth, and the mortgage stress test has hurt low-income workers the most.

As more than 250,000 new housing units are added to the Canadian market, the rent growth experienced since early 2018 should slow down. This is near the highest level of construction in the country in over 25 years.

Guelph is among the pricey cities near Toronto for renters. The municipality finished 10th on a list of 37 cities for average monthly rent for a two-bedroom home at $1,868 and 13th for a one-bedroom at $1,524.

Eight of the 11 most expensive cities for renters of a two-bedroom are in Ontario.

Other Ontario cities beside Guelph and Toronto in the top eight are North York, Mississauga, Burlington, Scarborough, Ottawa, and Brampton.

Nearby Kitchener and Hamilton are less expensive than their neighboring cities and areas around Toronto.

Other takeaways from the August national rent report include: 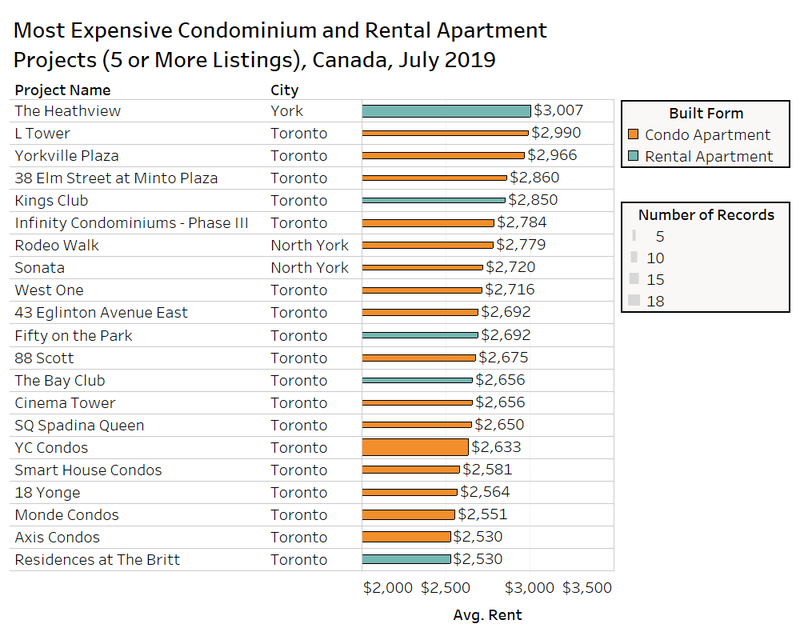 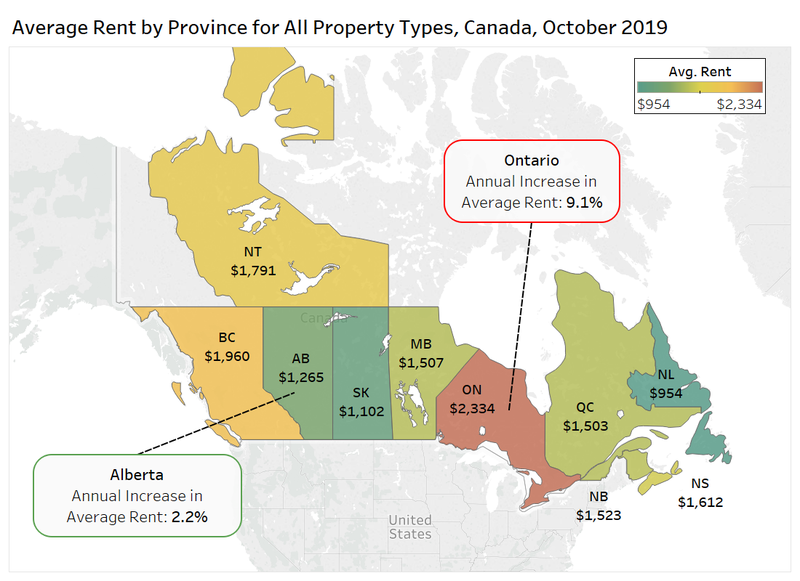 “As expected, changes to the mortgage stress test last year pushed everyone down a rung on the property ladder, resulting in the highest rent growth occurring at the 10th percentile,” said Ben Myers, president of Bullpen Research & Consulting. “This means the people who can least afford an increase in their monthly housing costs are the ones being subjected to the highest rent inflation.”

“Housing affordability in Canada is a hot topic,” said Matt Danison, CEO of Rentals.ca. “We felt it appropriate to look at what it takes to rent a property at the lower end of the market.”

The National Rent Report charts and analyzes national, provincial and municipal monthly and quarterly rental rates and market trends across all listings on Rentals.ca for Canada.

The Rentals.ca numbers show vacated properties that better reflect current values. The figures better represent the actual rents a potential tenant would encounter when seeking to rent an apartment.

For more information, contact Matt Danison at md@rentals.ca or Ben Myers at ben@bullpenconsulting.ca

The Beauty Of Life ~ Meno Lopes